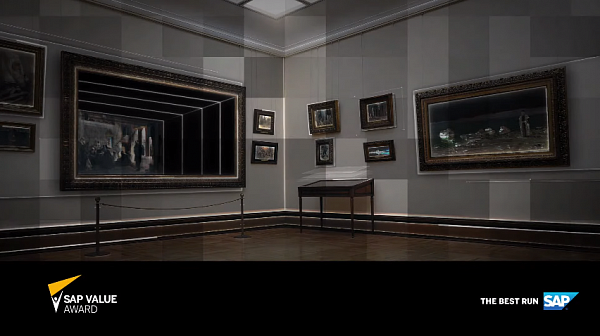 On October 8, the SAP Value Award winners announcement ceremony took place online. The projects were evaluated by SAP experts, Skolkovo business school, Kommersant Publishing House and the winners of past years on a number of criteria: the effect of changes, the impact on the operational activities and strategic development of the company, the presence of a strong link between the implementation of SAP solutions and business results.

The ceremony was held in the format of an online tour of the Tretyakov Gallery. The hosts announced the winners live, drawing parallels between well-known artworks and nominations. Platinum winners along with statuettes received paintings by contemporary artists.

In two nominations, the "golden winners" were projects in which AtlantConsult acted as a partner. Belorusneft Company in the nomination "Ahead of client dreams" for the project of implementing the loyalty program in the network of filling stations. Svetlogorsk Pulp And Board Mill in the category "Production 4.0" for the project of automation of equipment maintenance and repair.

In total, this year more than 100 applications were submitted for the contest, 42 of which passed to the final. Among finalists there are three projects of AtlantConsult. Besides the mentioned projects, the project of implementation of corporate real estate management system in ALMI Group was also reached the final.